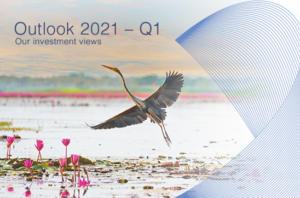 Outlook Q1 – Our investment views 2021
The year that has just ended has been a difficult one for investors in all respects. Looking back on what we wrote just a year ago, there was no sign of the looming health disaster, its economic impact and the volatility generated by the COVID-19 epidemic.

In our previous edition, we discussed the importance of the Covid-19 virus and the economic impact that its spread could cause. Today, due to the scale of the event, we are offering a publication in an exceptional format, retracing the birth and the consequences of this crisis.

The pandemic and its econimic consequences

Quarantine in China: first supply and demand shocks
In January 2020, China decided to quarantine several cities affected by the rapid spread of the Covid-19 virus, which led to the closure of many factories. Many production chains were then interrupted and very quickly, the impact was felt in Europe and the United States. With the Chinese industrial hub at a stands-till, we witnessed throughout February a supply shock that affected many sectors (automotive and technology in particu-lar). However, this shock had little effect because it mitigated very quickly and then was transformed into a demand shock.

First cases in Europe: industrialised countries at a standstill
When the first cases appeared in Italy and then in the rest of Europe, there was an immediate reaction from the countries who demanded the complete closure of all activities deemed non-essential. Strict lockdown measures were then put in place. Economic activity then stopped and the consumption of the population was limited to the essentials.

Immobilised transport: new demand shock
At the beginning of March, there was another major demand shock. Certain sectors such as commerce, leisure, tourism and trans-port were the first to suffer from the situation. Airlines began cutting commercial flights. With almost 90% of the fleets immobilised on the ground, they were only used in repatria-tion operations or the transport of goods. At the same time, maritime transport came to a standstill and the movements of individuals were limited. 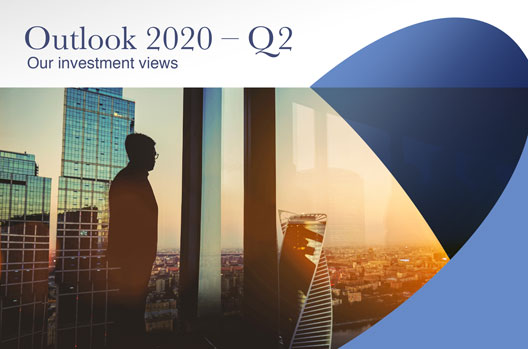