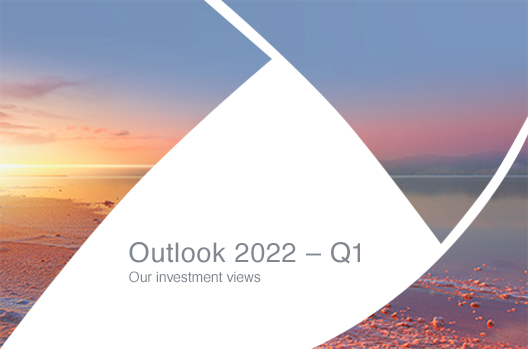 Geneva, 11 March 2021 – Competing for the first time at the Wealth Briefing Swiss Awards, in the External Asset Manager category, Telomere Capital was recognised in three categories: Best Service Client Team, Best CEO and Best Innovative Use of Technology (in-house). Three great distinctions which reward the ambition of excellence of this Geneva-based wealth management firm, which works tirelessly for its exclusively private local and international clientele.

The pandemic forced a change in this year’s programme. The results of the Wealth Briefing Swiss Awards were announced by video conference on 4 March, from the function rooms of a Zurich hotel. However, this did not prevent this benchmark media from distributing its famous prizes to industry players who particularly distinguished themselves in 2020 in the exercise of their profession as independent asset manager.

As tradition dictates, the judging process was run, completely independently, by industry professionals including depository banks, technology companies, partners and suppliers. Quality of service, capacity for innovation, are among others the key factors involved in the analysis that distinguished Telomere Capital in three categories.

The three prizes awarded to Telomere Capital SA were:

The company’s clear approach to Client Services, full of conviction, attracted the attention of the jury, which was also impressed by the way the teams work in an integrated manner, each bringing their own different technological resources to the table. Rachel Fokes, Head of Awards Wealth Briefing, explains how “Telomere Capital’s success in the Chief Executive Officer category stems from its CEO’s ability to instil in his company a culture of initiative based on teamwork and sharing of best practices.”

“This is such a proud day for us,” said Dominique de Riaz, Telomere Capital’s CEO, “taking home these three prestigious awards, our crowning achievement and just recompense for the many years of hard work, that goes without saying, but what has also been a beautiful adventure, since we set up Telomere Capital more than 5 years ago.” He went on to say “I am, of course, deeply grateful to the whole team, for their engagement and their energy. However, we also owe a lot to our clients, who I would like to thank for the trust they have placed in us from the outset. These distinctions underline on several levels the care, passion and all the rigor that we put into serving them and encourage us to improve even further.”

About WealthBriefing
WealthBriefing is a leading independent news site covering news and topics in the areas of private wealth management, fund management and regulatory developments. With teams based in New York, London, Singapore, Switzerland, South Africa and Malaysia, the company is one of the most important media outlets in the financial industry.

The press release is available for print below: 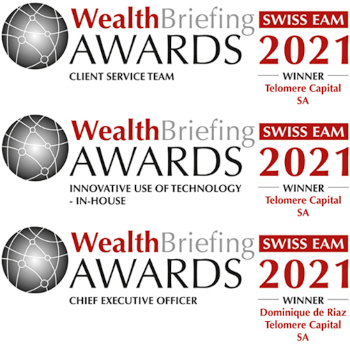